Arrests in Firearms and Drug Investigation 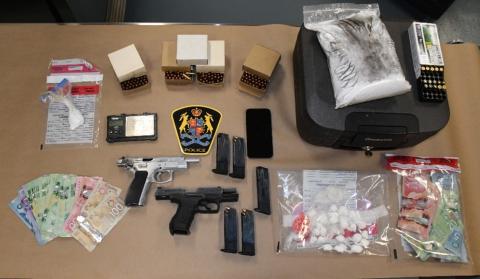 The Saint John Police has made three arrests in a firearm and drug investigation.

A total of two handguns, ammunition, currency, and controlled substances believed to be cocaine and hydromorphone pills were seized.

A 54-year-old woman, a 35-year-old woman, and a 32-year-old man were arrested for weapons and drug related offenses. They currently remain in custody and are expected to appear in court at a later date.

Together a safe, secure, healthy community