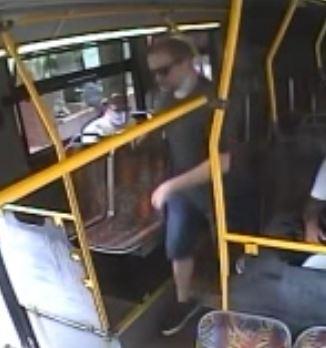 Major Crime Unit of the Saint John Police Force is investigating an attempted car-jacking. Officers responded to the parking lot of a west side shopping mall just before 1:30pm on Tuesday, June-29-2021.

An elderly woman said as she was parking and exiting her vehicle, when a man with a weapon, leaned into her vehicle and attempted to take possession of it.

The woman refused and made her way into a nearby store where she alerted security and officers arrived on scene. Other than being shaken up, the woman is fine and suffered no injuries.

The suspect is described as a white man, 5’10, 150 pounds, between 25-30 years of age, was wearing a black ballcap, t-shirt, mask and reflective sunglasses at the time of the incident.

If anyone recognizes the person in the picture above, they are asked to contact the Saint John Police Force at 648-3333 and share any information.