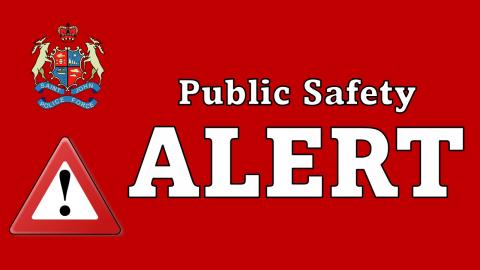 The Saint John Police are warning the public that police are responding to an increase in drug overdose calls.

The Saint John Police responded to approximately 30% more medical assistance calls related to drug overdoses in the first four months of 2022 compared to 2021.

In the last week, there has been a noticeable increase. Police responded to approximately 18 drug overdose calls in a one-week period between April 23-30, 2022. In at least 8 of these cases, fentanyl was suspected as being the substance used.

In comparison, police responded to only six similar calls the prior week of April 16-22, 2022.

Although this represents a small sample size, it may also be indicative that a more potent or dangerous substance is currently circulating in the community.

We all recognize that homelessness, poverty, mental health and substance dependency are significant issues in our community and that they are complex social issues that require solutions from many stakeholders, not just the police. Chief R.M. Bruce has created a Community Action Group and will host a roundtable discussion with numerous stakeholders and government officials this month to begin discussions on how to best respond collectively to these issues.