Former Chief Superintendent (retired) with the Ontario Provincial Police (OPP), Bruce will assume his responsibilities and become the 27th Chief of Police in Saint John on July 1, 2021.

The search for a new police chief began after former Chief Stephan Drolet stepped down from the position for personal reasons in February 2021. The national recruitment effort saw over 50 applicants apply for the job.

“This is the most senior leadership role within the Saint John Police Force and the Board of Police Commissioners is delighted to have attracted broad interest from top candidates across the country,” says Board Chair Edward Keyes. “Robert Bruce stood out among the candidates and was selected for his extensive policing experience, demonstrated commitment to working in partnership with the communities he serves, innovative approach to the delivery of police services and high standards of integrity, leadership and professionalism. We look forward to having him lead the Force as we embark on a progressive five-year strategic plan for the delivery of policing services in Saint John.”

Bruce was member of the OPP for 33 years until his retirement in 2015. Since his retirement from the OPP, he has been providing keynote speaking addresses, training, and consulting on various leadership topics to a wide range of audiences in the private and public sector. He is also a published author.

While with the OPP, Bruce demonstrated strong leadership across a range of progressive assignments. He held three distinct command roles in the Field Support Bureau, Security Bureau, and the Provincial Police Academy. He has experience in several other capacities, including frontline policing for three detachments; the tactics and rescue unit; training; communications and technology; and incident command. He also served as Force Sergeant Major and Provincial Funeral Commander.

A decorated leader within the OPP, Bruce was awarded the Police Exemplary Service medal with bar, the Queen Elizabeth II Diamond Jubilee Medal, a Commissioners citation for lifesaving and several other commendations and awards that recognized his vision, integrity, courage, and compassion.

Along with progressive leadership experience, Bruce brings extensive training and education to the role. He holds certificates from several organizations throughout North America and is a graduate of the Graduate Officer Leadership Development Program.

“I am honoured and privileged that the Saint John Board of Police Commissioners have the confidence and trust to appoint me as the next Chief of Police for Saint John,” says Bruce. “I look forward to serving with and earning the trust and confidence of the members of the Police Force and the community. Together, we will deliver services that enhance innovation, accountability, transparency, sustainability and affordability.”

The Saint John Board of Police Commissioners participated in the search process for the Chief position with support from Organization Consulting Limited. During the recruitment process, Deputy Police Chief Tony Hayes assumed the role of interim Police Chief. Hayes will resume his responsibilities as the Force’s Deputy Chief following the arrival of Chief Bruce.

The Saint John Board of Police Commissioners is the governance authority for the Police Force. It is responsible for appointing the Chief of Police as well as establishing a vision and actionable objectives for the community, providing oversight, and ensuring accountability in the application of police resources to accomplish its objectives. 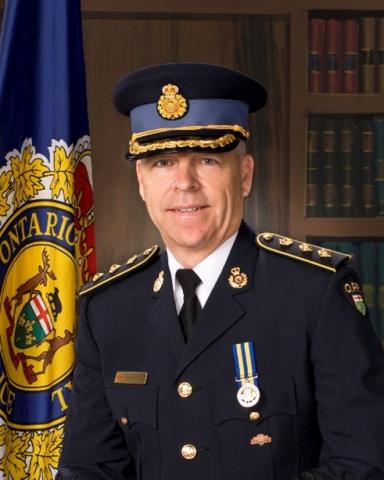