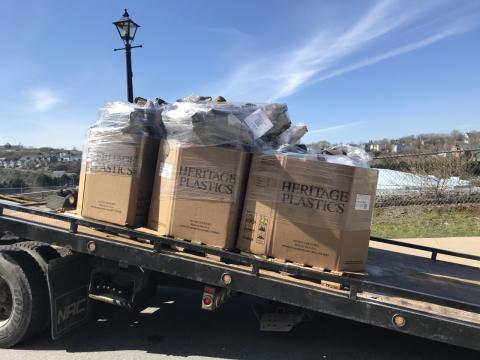 As the result of an ongoing investigation, members of the Saint John Police Force have seized hundreds of catalytic converters that were leaving the province of New Brunswick on Wednesday, April 28, 2021.

Estimated value of the converters is estimated to be close to $750,000 dollars. Arrests and charges are anticipated. Since December of 2020, the Saint John Police Force has received over 50 reports of stolen catalytic converters from vehicles.

Officers are asking anyone that had a catalytic converter stolen from their vehicle and have not yet reported it, please contact the SJPF at 648-3333.