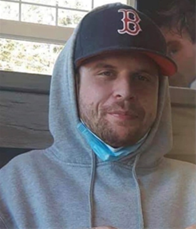 The Saint John Police continue to request the public’s assistance in the on-going search for a missing person, 26-year-old Curtis William Thorne.

One year ago, on August 6, 2021, Curtis Thorne was reportedly last seen in the Michael Crescent area.

The Saint John Police have been investigating numerous tips from the public, but Curtis Thorne has not been located.

Thorne is described as 5’7”, 179 lbs, short brown hair, blue eyes and a beard. He has a pair of distinctive tattoos. One on his inner arm that reads “More Life” and another along his knuckles that reads “Die Alone.”