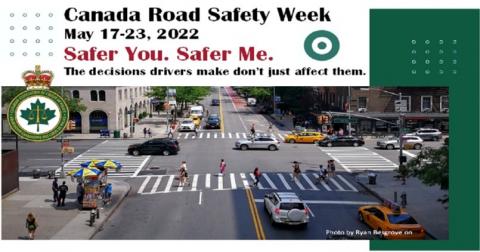 As part of Canada Road Safety Week, the Saint John Police will be conducting an impaired driving campaign during the Victoria Day long weekend between May 20-22, 2022. Through education and enforcement, the focus of the campaign is to save lives and reduce injuries caused by impaired driving.

During this campaign, traffic management officers will target offenses under the Criminal Code of Canada, the Motor Vehicle Act, and the Off-Road Vehicle Act.

“Impaired driving is a major public safety issue in Canada. Despite significant progress in recent decades, it remains one of the leading criminal causes of death in Canada. According to police-reported data, impaired driving killed as many as 155 people in Canada in 2019 and injured 540” (Statistics Canada, 2021).

We remind the motoring public that that the decisions drivers make not only affect them, but also their passengers, other drivers, cyclists, and pedestrians with whom they share the road.

Together a safe, secure, healthy community