In April 2021, J.D. Irving, Limited (JDI) submitted a development proposal to the City of Saint John, which was thoroughly reviewed and debated through the Planning Advisory Committee and Saint John Common Council. The proposal received the approval from the City on July 26, and it is expected that the development will proceed to construction soon.

JDI intends to construct an intermodal facility this fall on Dever Road, near the company’s existing operations. An auto port facility may be added in the future. The site will be used to temporarily store containers and automobiles shipped to the site by rail. Once operational, the site is expected to employ 47 people. The project is also expected to strategically support Port of Saint John’s $205-million modernization upgrades on the west side. It also aligns with Canadian Pacific Railway’s $90-million investment in the Central Maine & Quebec Railway, which enables new opportunities for Saint John and the province of New Brunswick.

The City’s approvals of the development include a variety of conditions, which were a response to feedback the City received from the community and Common Council.

The primary focus of these conditions is to protect nearby residents from any incremental noise from the new development. Conditions in the approvals for this development include the City’s agreement on the parameters of all noise assessments as well as the ability to stop development if JDI is not compliant with the conditions.

Prior to construction, a treed berm will be developed along Dever Road, and prior to operations of the intermodal facility, a sound wall 10 meters in height and 240 meters in length will be erected.

JDI will be expected to complete a noise assessment before the development of each facility. This will establish a baseline of noise in the area without any sound generated by the operations of the new facility. Once the facility is operational, JDI will complete another noise assessment to see if the noise is louder than when the facility was not operational. In the event the new facility creates noise two decibels or more above the baseline, it will be the responsibility of JDI to introduce the necessary noise mitigation controls.

Also, in the event JDI expands the physical footprint of the two facilities, the company will be expected to complete a similar pre- and post-noise assessment and introduce mitigating efforts if required.

The City will maintain the ability to initiate its own noise assessment of the facilities four times over every 10-year period when it has a reasonable belief that the noise levels have exceeded two decibels. Like the other assessments, if the assessment proves that noise generated by the facilities is two decibels or more above the baseline, it will be the responsibility of JDI to introduce the necessary noise mitigation controls.

Finally, JDI has agreed to contribute $50,000 to the City to support any City-initiated noise assessments and has also agreed to build and maintain a publicly accessible park at the southwest corner of the Dever Road property.

The noise mitigation efforts and community benefit components of the project represent an expenditure from JDI of approximately $2-million of their initial $5-million project costs. 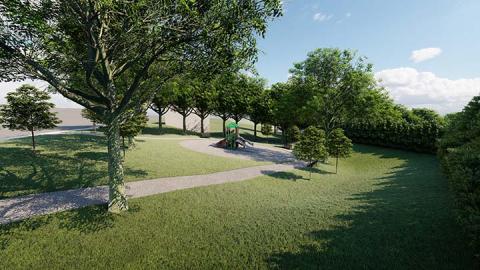