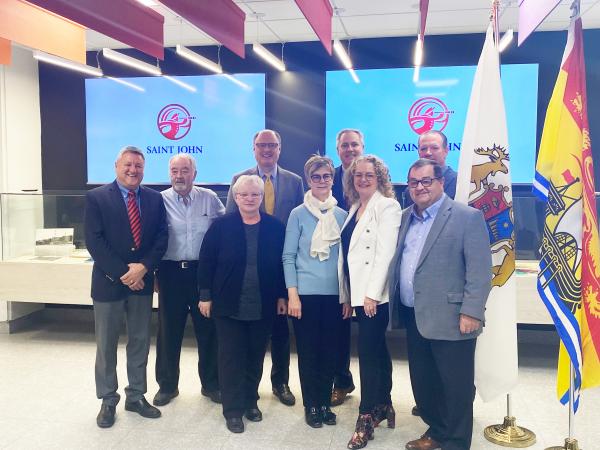 On behalf of the Province of New Brunswick

Rainbow Park has been selected as the site of the new kindergarten-to-Grade 8 school that will be built on Saint John’s central peninsula.

“As we continue to work on building a world-class education system, it is important to invest in our schools to ensure students receive the proper education they need to succeed,” said Aboriginal Affairs Minister Arlene Dunn. “I very much understand the importance of this project and the positive impact it will have on the city and the students in the area.”

The school will accommodate about 450 students, replacing the aging Prince Charles and St. John the Baptist/King Edward schools. The provincial government will invest more than $2 million during the 2023-24 fiscal year to support the continued planning, design, and site preparation of this school.

“This new school will provide a much-needed replacement to two aging schools on the Saint John peninsula,” said Transportation and Infrastructure Minister Jeff Carr. “We are pleased to help build a facility that will provide a positive learning environment for hundreds of students.”

“Always moving forward extends well beyond a tagline and characterizes our way of life in Saint John. The City is thrilled to join the Province of New Brunswick for the announcement of site selection on a Central Peninsula Learning Commons in Saint John,” said Saint John Mayor Donna Reardon.

“The new school remains a priority for residents and was named by Common Council as a top catalytic infrastructure project to spur growth. The school will be built in the urban core of our City and will help revitalize and support one of Saint John’s most diverse and fastest growing neighbourhoods. This is a monumental project that will benefit residents for generations to come.”