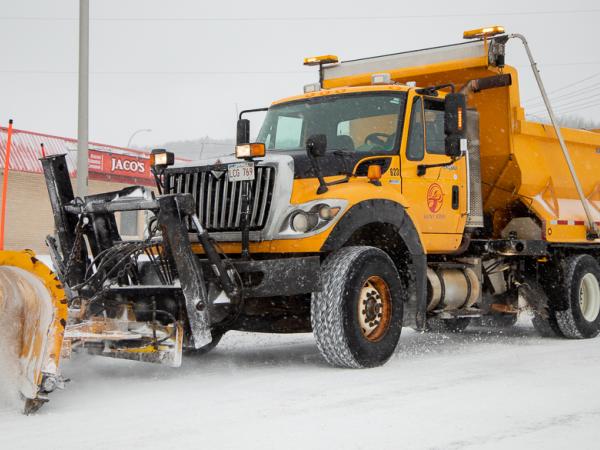 After a response of nearly 1,000 submissions, finalists for the City of Saint John’s first Name the Plow contest, in partnership with  97.3 The Wave, have been selected and voting is now open to the public.

“Due to the overwhelmingly positive response from residents, we have decided to double the number of plows that will be named this year, from four to eight," says Lisa Caissie, Director of External Relations. “The trucks cover all areas of the city – north, east, south and west – giving everyone a chance to see one in or near their neighbourhood this winter.”

To vote, click HERE. Voting will remain open until noon on Monday, January 30. The eight winning names will be announced on January 31 and displayed on the sides of the plows for the remainder of the 2023 winter season.

The names that you can vote on include:

The shortlist captures a variety of the submissions that were received and chosen based on creativity, a Saint John connection, and humour.

“We’re excited to see what the final names will be after voting and look forward to rolling out the newly named trucks in the weeks ahead” adds Caissie. “The City of Saint John thanks 97.3 The Wave for their partnership on this fun, family-friendly contest."

Did you know: Over the winter, the City of Saint John services 1,160 lane kilometres of road, the approximate distance from Saint John to Ottawa, with snow clearing and the application of sand, salt and brine. Close to 225 kilometres of sidewalk are also serviced. To learn more about the City’s winter management plan, click HERE.