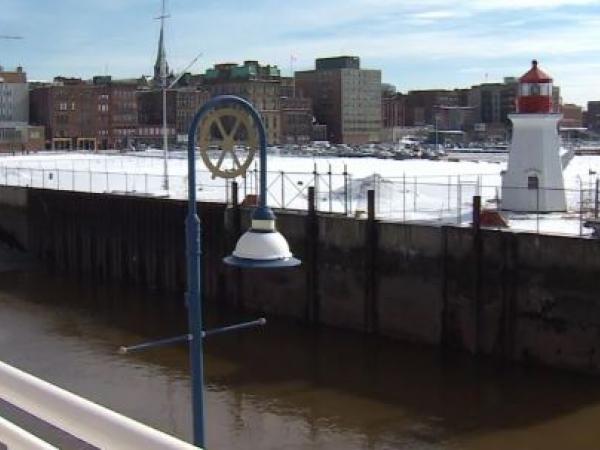 The federal, provincial and municipal governments announced today a major investment in a multi-phased infrastructure project to prepare the Fundy Quay site in Saint John’s inner harbour for future development.

“This is a very important project for the City of Saint John and for the entire province, and our government is very pleased to be part of it,” said Premier Blaine Higgs. “The redevelopment of the Fundy Quay site was identified as a strategic priority for the city. It will improve the quality of life for the the 70,000 residents of Saint John and the 15,000 people who work in the uptown.”.

“Not only will this investment create new economic activity during the construction phase, but the transformation of the area will attract substantial private sector investment in the longer-term,” he said. “This project is an important part of our economic growth and recovery plan for the region and the province post-COVID.”

The initiative includes projects to remediate, expand, and improve a six-acre portion of land on the Saint John waterfront to extend the city’s boardwalk and harbour passage system. Work includes removing the existing hardscaping, soil remediation, site regrading, improving underground storm infrastructure, the repair of the Loyalist Plaza and the construction of a pedway connecting the Fundy Quay and Market Wharf properties.

It also includes the further expansion of Harbour Passage with the construction of 500 metres of multi-use paths along the exterior of the Fundy Quay. In addition to this, work will continue on the seawall with previously announced funding through the Disaster Mitigation and Adaptation Fund.

The provincial government is investing a $6 million towards the project. The federal government is investing over $9 million through the COVID-19 Resilience Stream, and the Communities, Culture and Recreation Infrastructure Stream of the Investing in Canada Infrastructure Program. The City of Saint John's contribution to the project will be ratified at the meeting of Common Council on Monday, Feb. 22.

The project will benefit residents and visitors by safely remediating the Fundy Quay area to allow for future site development and public use, creating a unique waterfront experience in the city and increasing tourism to the region, thereby stimulating economic growth.

“The Government of Canada is taking strong and quick action to protect the health and safety of all Canadians, to stabilize our economy, and to support communities across Canada,” said Saint John-Rothesay MP Wayne Long. “The two projects announced today will add a great feature to Saint John’s harbour and ensure residents and visitors enjoy and treasure this iconic area for years to come."

“Fundy Quay is a significant collaborative achievement between all three levels of government and represents one of the largest and most exciting developments in our community since Market Square. It will create new businesses, new tourism experiences, new housing stock, and new outdoor spaces that we can all enjoy,” said Saint John Mayor Don Darling. “We look forward to getting shovels in the ground for the first phase of site preparation work this summer, working together with Fundy Quay Developments and our funding partners to make these dreams a reality for our region.”

Develop Saint John issued a call for expressions of interest which envisioned the Fundy Quay with a mix of uses including retail and commercial space, specialty shops, condominiums and apartments, green spaces and public places. Fundy Quay Developments Inc. was chosen as the successful proponent.

The full cost of the Fundy Quay project is anticipated to be in the magnitude of $300 million, predominantly from the private sector.