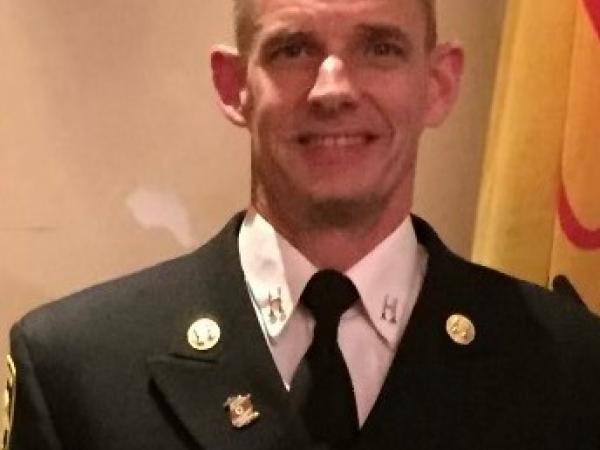 It is with tremendously heavy hearts that we mourn the loss of one of our own Saint John firefighters, Captain Karl Conrad, who passed away peacefully surrounded by his family on Thursday, June 10, 2021. Captain Conrad gave the ultimate sacrifice to serving his community, and died in the line-of-duty after a courageous battle with cancer.

On behalf of all City employees, Mayor and members of Council, and the entire Saint John community, Fire Chief Kevin Clifford offers condolences to friends, family and colleagues of Captain Conrad.

Captain Conrad was first hired as a holiday relief Firefighter on February 25, 1985 and was promoted to a permanent firefighter position on January 25, 1987. He was promoted to Captain on March 11, 2018. Captain Conrad was a very proud employee, proud of his firefighting profession, of his fellow firefighters, and all those around him. He was a highly capable and respected member of the Saint John Fire Department and a friend to all.

Captain Conrad was responsible for Number 5 Fire Station on Main and Adelaide Street in the north end. It is fitting that his last work assignment was as Captain of our north end fire station as he rescued a child in the McLaren Boulevard area early in his career. More recently, in 2019, Captain Conrad was awarded the prestigious New Brunswick Certificate of Courage for a separate rescue from a structure fire on Waterloo Street.

Flags at all Saint John fire stations are at half-mast and flags on all municipal facilities will be lowered to half-mast on the day of Captain Conrad’s memorial service.