Saint John Story Series is a place to profile and highlight City of Saint John staff, service areas, and the positive impacts of City led initiatives within our community.

When Saint John firefighter Melissa Martin learned the famous ocean racing yacht Maiden and her all-female crew would be sailing into Saint John this summer, she knew she wanted to help support their mission and share their message.

“I am not sure a lot of people realize the jobs women do in the City and around this area,” says Melissa, “and I want to encourage young girls and women of all ages that if you have a dream, follow it – there’s help, there’s resources and there’s success for you here.” 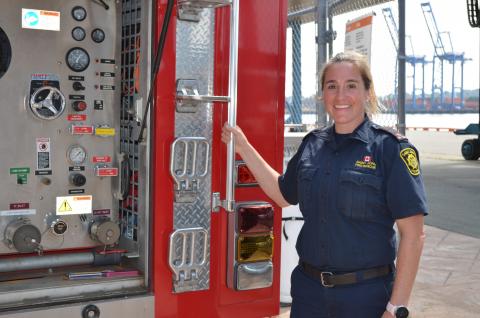 Melissa was among those answering questions and providing information on behalf of the Saint John Fire Department at the Maiden Factor’s Women in Non-Traditional Careers job fair on Thursday, August 4 at the AREA 506 Container Village – an event to help empower and inspire the next generation.

“We’re helping to educate young women on how to apply. Their first reaction is to usually think ‘well, I don’t think I can do that,” says Melissa, “It’s been great to be able to counter that message to say ‘well, yes you can and this is how – it’s the same way I got here.’”

Melissa has been a firefighter with the Saint John Fire Department for 16 years and says along with the camaraderie she shares with her co-workers, her job satisfaction also comes from being able to make a difference in the community.

“Every time we go out on a call, a lot of the time someone is in the worst situation of their life, and we like being a part of helping them through it, and making that bad day a better day,” she adds.

“The other thing that is phenomenal about our job is the diversity of the work. You never really know what you’re going to be doing. A lot of people think we just fight fires and do medical calls, but we do boat rescues, rope rescues, help at car accidents and so much more.” 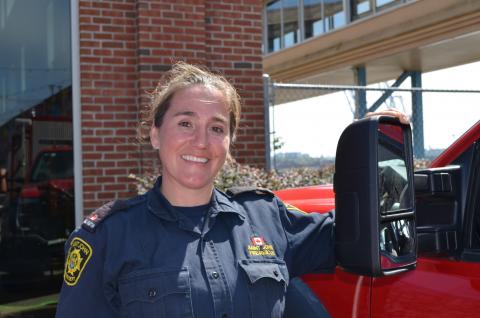 The Maiden Factor is in the midst of a three-year tour that will take the all-female crew to 40 ports of call in 20 countries – including Saint John, as their only Canadian stop, where they will stay until August 13. Their mission is to empower girls through education and raise money for girls’ educational programmes around the world.

A mission that resonates with Melissa Martin.

“Non-traditional, even that word itself, seems a bit strange to me – because really to me these jobs are traditional because we should be able to do anything we want,” says Melissa.

“I just want to encourage that whatever you choose you can do.” 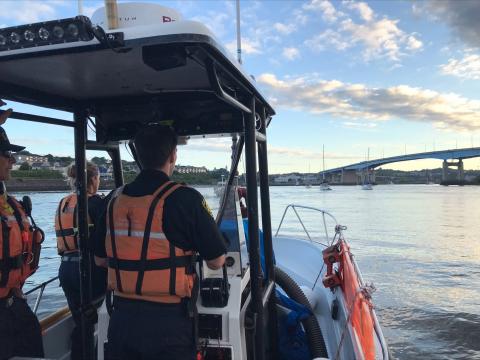