Gerry Lowe was first elected to council in 2014 in a by-election, he was re-elected to city council in 2016, and continued until 2018 when he was elected to Provincial Politics representing Saint John Harbour.  Born and raised in the South End of Saint John and has a great affection for that area.

He worked for Canada Post for 35 years, of which 21 of those he was a full time Union Representative for Atlantic Canada.  He owned and operated Vets Taxi for 41 years and built a housing development in the old Rockland Road area.  He has served over 9 years on the City’s Planning and Advisory Committee, he is an active board member of the Saint John Exhibition Association, the Saint John Exhibition Foundation, and an active supporter for the Irving Field House.  Gerry has served on many other City Committees during his years on City Council.

His special interest has always been a school for the South End area.  He pushes hard for industrial and municipal tax reform for the Saint John area.  Gerry believes that Saint John is strictly an industrial city and its people are required to make unique sacrifices not made in other cities, because of this, they deserve a much lower tax rate.

Gerry is sincere and takes the problems of his fellow citizens seriously, he believes his responsibility is to listen and respond to the concerns and problems of the people of Ward 3. 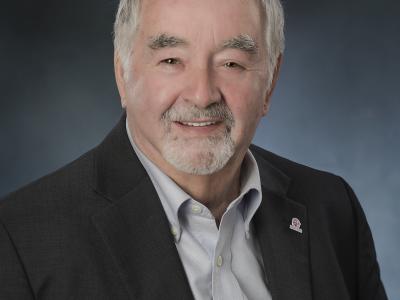